Jump to the catalog
The first constitutional assembly after WW2 took place at Weimar in 1919. That is why the German state between 1919 and 1933 is called Weimar Republic or in German 'Weimarer Republik'. Officially, the state itself still had the name 'Deutsches Reich', meaning German Empire. From a numismatic point of view, coins from that period are not only very diverse in terms of denominations and design.

Due to the inflation and economic crisis in the early 1920s, coins with denominations of up to 500 Mark were minted. Also, commemorative coins were issued very extensively - not in terms of mintage numbers but in terms of types. That is why some of the most beautiful German coins were minted during that period. That also causes some commemorative coins from the Weimar Republic to be among the scarcest and most sought-after coins that were minted in Germany between 1871 and 1945.

When it comes to the materials that were used for coinage, gold did not play any roll at all. However, aluminium-bronze was used on a grand scale for smaller denominations. From the mid 1920s onwards, all denominations of 1 Mark or higher were minted of silver.

Furthermore, there is something quite special about this period of German coinage. 1923 was the year in which the highest denominations of German coinage were minted. When the hyperinflation hit Germany in 1923, coins with a face value of 200 Mark and 500 Mark were struck of aluminium. 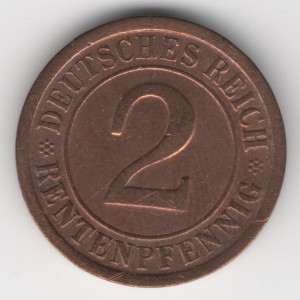 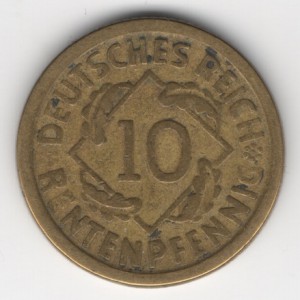 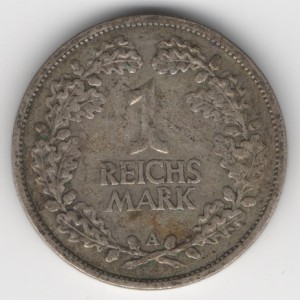 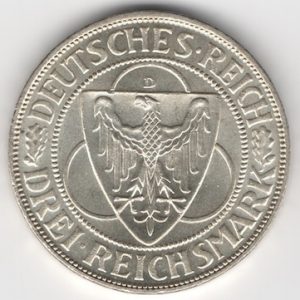 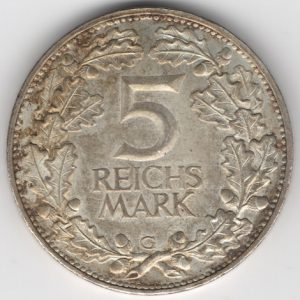 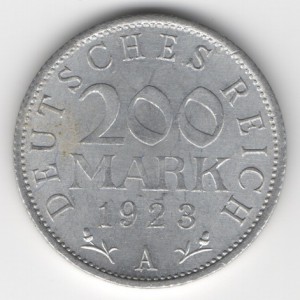